17 September 2013 Trajectory to the moon 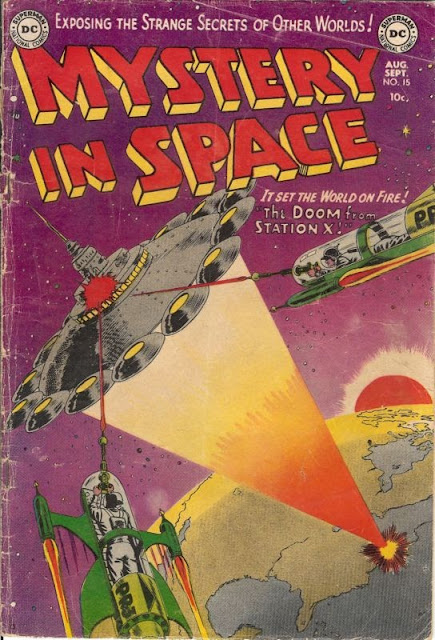 In getting from the ground to space the boosting rocket must provide the energy for lifting the mass, overcoming gravity and air resistance and getting up to orbital speed.  It's a big job that takes a big rocket. Apollo's rocket was one of the biggest, the Saturn V: 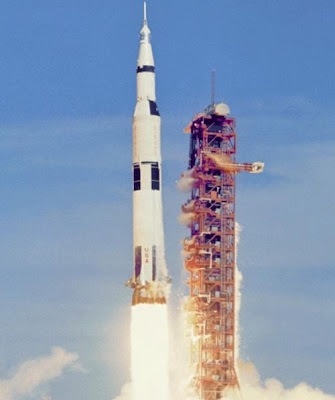 It's a biggy: the Saturn V
Initially the weight of the rocket is very large comprising mainly of the weight of the fuel and oxygen necessary to power it.  It must also over come gravity and air resistance which are also significant in the early stages.
more
Eingestellt von mainstreamer um 08:08